We have a very extensive repertoire covering most well-known Sixties plus a selection of Fifties artists. So far we’ve performed a total of 152 different numbers by 68 artists to live audiences. The list continues to grow; we make a point of asking for requests when we take bookings and we enjoy playing so much that we have regular weeks of daily practice in our constant search for new inspiration.

To give you an impression of the diversity and size of our repertoire and our thinking behind the arrangements, here is an alphabetical list with notes of our 100 most performed numbers:

In addition to this considerable list, there are still some 40 numbers performed that were one-off requests or only occasionally played for themed performances, plus another 13 Christmas numbers that only get an airing during the appropriate season (we have recordings of Blue Christmas, Merry Christmas Everyone and Rockin’ This Christmas).

Thanks for taking a look, we hope you enjoyed listening as well! 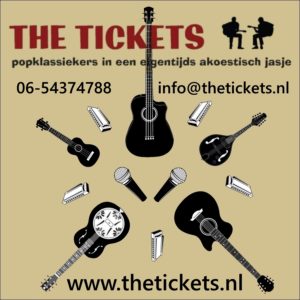